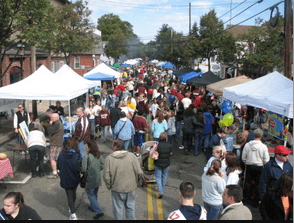 Bottle Hill Day is Madison, New Jersey’s annual town festival and street fair held on the first Saturday of October. It is a rain or shine event open to all and free of charge. Madison residents, businesses and community organizations participate in this fun-filled day of food, entertainment, and shopping to raise money for the town.

Live music acts will be featured prominently at Bottle Hill Day, Madison’s biggest event of the year organized by the Downtown Development Commission. The fair is expected to attract an estimated 10,000 people.

If you have questions or need additional information, please call the Bottle Hill Day Hotline at 973-937-8084.

Search All HomesWhat Is My Home Worth?View Our Exclusive Listings
Filed under Blog, Madison Tagged with