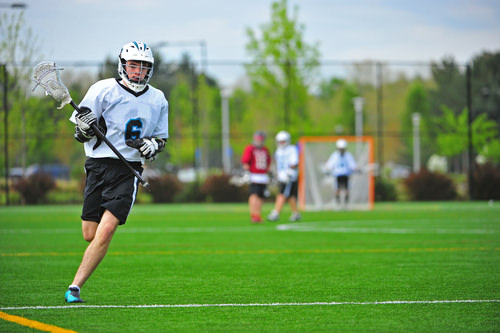 Neighboring communities Chatham Borough and Chatham Township, New Jersey, are separate municipalities but often both referred to as “Chatham” or “The Chathams”.  While they do operate as two distinct entities, they share a common public library system, recreation program and school district.  Both towns are located in Morris County.

Chatham Borough has a current population of almost 9,000 and covers an area of 2.425 square miles while Chatham Township has a population of just over 10,000 and covers 9.358 square miles.  In 2005, Chatham Borough was ranked 9th by Money Magazine as one the the “Best Places to Live” in the United States, while in 2008 Chatham Township was rated by NJ Monthly as the Best Town to Live in New Jersey (out of 566 towns).

Chatham Real Estate at a Glance

Much of Chatham Borough was built before World War II, and as a result the town’s real estate retains the charm of buildings constructed during the colonial and revolutionary era. Homes in Chatham Borough run the gamut from single family houses with landscaped gardens to luxury condos and apartments and most homes and neighborhoods were established before the 1960s.  Townhouse and condo developments include Chatham Court, The Chatham and The Willows. Chatham Township is generally quieter with larger properties and newer construction.

Chatham features abundant green space, low crime and an excellent public school system.  It has become a popular place to raise a family and because of its small size, it is pedestrian friendly.

When New Jersey became a state after the Revolutionary War, government reforms were established.  Shortly thereafter in the early 19th century, the village of Chatham became part of a much larger entity called Chatham Township that also included several other area communities.  At the end of the 19th century, Chatham Village had some disputes with the township that resulted in its secession.  It reorganized under a village government in 1892, and in 1897 it was reincorporated as Chatham Borough such as it is today.

Towns aren’t rated in the top ten in the country without offering a smorgasbord of entertainment opportunities.  Chatham has preserved vast green spaces for residents and visitors to enjoy and has cultivated an extensive recreational program with activities such as swimming, volleyball, football, lacrosse, softball, hockey, basketball, baseball, and tennis.  The area also boasts a charming, historic downtown district with many options for shopping, dining and entertainment.  Here’s a sampling of attractions that Chatham has to offer:

Chatham is conveniently located near several major roads including Route 24, I-78, I-287, the New Jersey Turnpike, the Garden State Parkway, and Route 280.  Commuter rail service is provided by New Jersey Transit via the Morristown Line and there is a Midtown Direct service that travels to New York Penn Station in approximately 45 minutes.  NJ Transit also provides local bus service on the MCM3 and MCM8 routes.  The nearest airport is Newark Liberty International Airport which is just 20 minutes away by car.

To learn more about Chatham real estate CLICK HERE or reach out to one of my team members. We are yours to count on.

Search All Homes What Is My Home Worth? View Our Exclusive Listings
Filed under Blog, Chatham, Commuting Info, Dining Out, For Home Buyers Tagged with