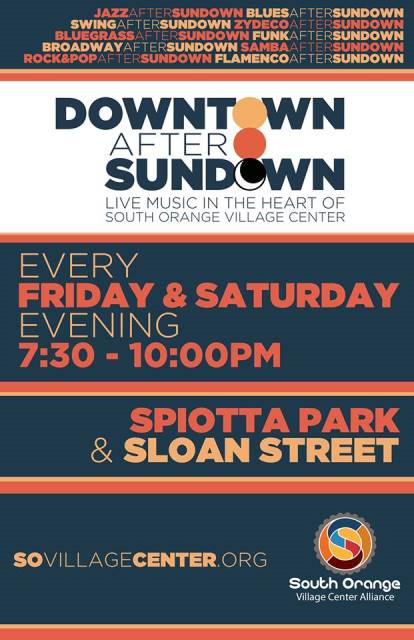 The sweet sound of music fills the air every summer weekend in South Orange, where locals and visitors alike can enjoy free concerts in two venues just a block apart. The “Downtown After Sundown” concert series has become a staple in South Orange Village Center since it began in 2010, helping the community secure its spot as the “live music capital of Northern New Jersey.” Nearly every musical style is represented at these free community concerts that take place every Friday and Saturday evening from 7:30 to 10 pm, including acoustic, zydeco, jazz and flamenco.

For more information on the Downtown After Sundown series, please visit http://www.sovillagecenter.org/pub/gen/news/583/fulltext. And for more information on living in this fabulous community, call Sue Adler Team SOMA at 973-936-9129 or email [email protected] When it comes to your real estate needs in Maplewood and South Orange, we are yours to count on!

Search All HomesWhat Is My Home Worth?View Our Exclusive Listings
Filed under Blog, Communities, Maplewood, South Orange, The Arts, Too Cool for Category Tagged with