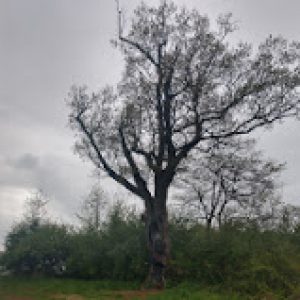 For most, especially children, Halloween is a day for candy, costumes, jack-o-lanterns, ghouls and goblins. But, did you ever think about where Halloween came from? I’ll bet you probably haven’t. But now that I’ve got your interest, the roots for Halloween were planted thousands of years ago by the ancient Celtics. During the Celtic pagan religious festival of Samhain, people would light bonfires and wear costumes to ward off ghosts; poor would go from door to door to offer prayers for the deceased members of the families and receive cookies, nuts and fruit in return. Over time, other cultures adopted parts of the festival and put their own mark on it, such as young people dressing up and reciting poems or singing songs while going from house to house. Eventually, Samhain evolved into what we know today as Halloween.  The holiday eventually made its way to the United States, but because of lingering Puritan tradition that restricted the observance of many holidays, it was not widely celebrated. It wasn’t until the mass Irish and Scottish immigration in the 19th century that Halloween became a major holiday in the United States. By the early 20th century, the holiday had been assimilated into mainstream society and was celebrated coast to coast. It was also around this time that the “trick or treat” tradition began, where children dress up in scary costumes and call on houses with the threat of pranks if they are not given a small gift.

Even if you don’t believe that witches and goblins exist, a trip to Devil’s Tree in Basking Ridge may just have you shaking in your boots. Voted as one of the scariest places to visit in the United States by thrillest.com, this sinister looking oak tree with skeletal limbs that stands in an undeveloped desolate field has a “bloody” history. Local legend suggests the tree is cursed, those who damage or disrespect the tree will suffer violent retribution.  According to locals, one time a farmer killed his entire family, then went to the tree to hang himself. It is said that the souls of those killed at the spot give the tree an unnatural warmth, and even in the dead of winter no snow will fall around it.

Too scary?  Don’t worry, try these community events in the area (check your recreation department’s website for neighborhood Halloween Parades times and locations):

October 16 to 31 – Take a walk in downtown Cranford with the town’s 12th Annual Scarecrow Stroll. A night stroll schedule for October 18.

October 10 to November 1 – Open weekends only, the Bane Haunted House in Livingston is a terrifying 40,000 square foot interactive haunted house. Packed with haunts and scares, be warned that a visit may cause you scary nightmares.

October 18 – Enjoy Summit’s Scream on the Green featuring the movie Scooby Doo Monsters Unleashed. Before the movie, get busy dancing with the Monster Mash Dance Party or warm up around the bonfire with some free S’Mores! Food trucks will be available for a grab and go dinner. Rain Date: October 25.

October 19 to October 27 – Come celebrate Halloween Addams Family-style as part of Westfield’s town-wide AddamsFest. The two-weekend spooky lineup includes the Maniac Pumpkin Carvers, a Monster Mash Dance Party, a Halloween parade, costume contest and trunk-or-treat. The parking lot of the train station will load up with decorated cars on Sunday, October 27, distributing candy in the trunk-or-treat.

October 26 – Your children will love visiting the Miller-Cory House Museum in Westfield’s Halloween Hocus Pocus event for some Halloween fun! The museum’s costumed docents will greet visitors at the door of the colonial farmhouse.  There are numerous activities planned for the afternoon, including decorate your own Halloween cupcake, a scavenger hunt, crafts, tattoos, and storytelling.

October 26 – Try out your costume and enjoy spooky science, crafting fun and a Trick or Treat Scavenger Hunt and Parade at Chemistry inspired Halloween Fun at the Morris Museum.  Appropriate for kids age 3 to 8.

October 26 – Enjoy an afternoon of spooky stories at the Turtle Back Zoo. Wear your costume and meet some furry friends.

October 26 –  Union will be celebrating Halloween car-style at the Jefferson School parking lot with a trunk or treat that features 50 decorated vehicles. Afterwards, head over to Rabkin Park for the All Hallow’s Eve-ning Spooktacular that features inflatables, games, pumpkin painting, Halloween cartoons, a costume contest and more.

October 31 – Come trick-or-treat at the Turtle Back Zoo. With candy stations throughout the grounds, everyone is sure to have a “sweet” time.

Search All HomesWhat Is My Home Worth?View Our Exclusive Listings
Filed under All Midtown Direct Communities, Blog, Communities Tagged with