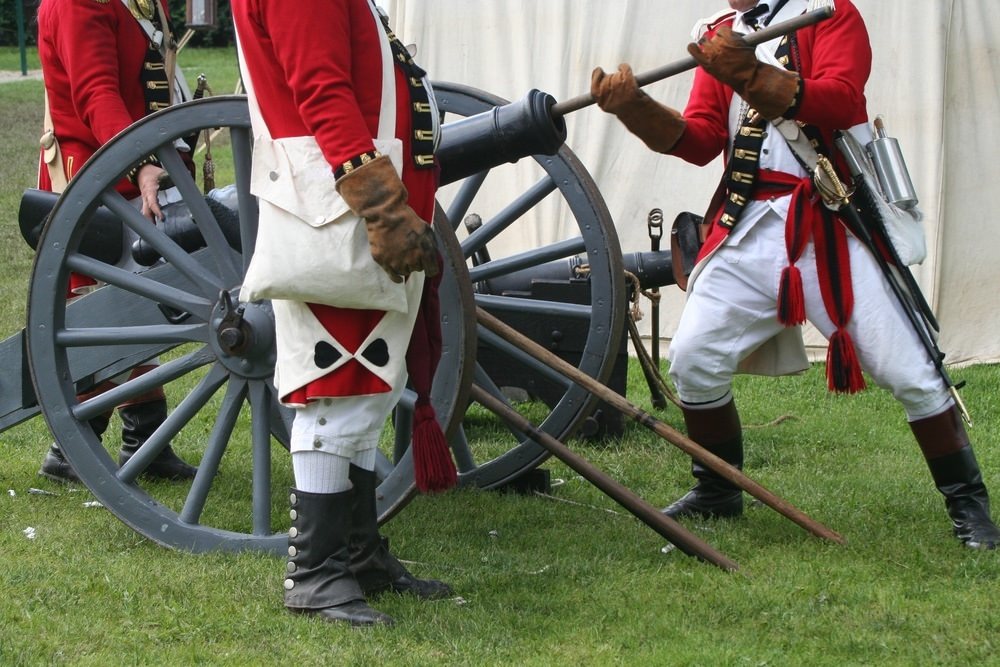 Did you know that a key event of the American Revolution happened right on the doorstep of Maplewood/South Orange? In fact, the Battle of Springfield in 1780 is seen by many as a turning point in the War for Independence. On May 3, join the folks of the Durand-Hedden House, and you can walk in the footsteps of the Revolutionary War militiamen and soldiers who defended this area against the British.

On June 23, 1780 British and Hessian soldiers based in Staten Island invaded Essex County (which then included Springfield) with the aim of attacking the core of General Washington’s troops in the northern colonies, then headquartered in Morristown. Their ability to pass through the Hobart Gap of the Watchung Mountains was critical. This action was thwarted by the courageous fighting of the militia from much of northern New Jersey, joined by many of our local citizens, and by Continental soldiers under the leadership of the fabled Light-Horse Harry Lee and Nathaniel Greene. The British retreated back to Staten Island, never to set foot again in New Jersey. Their defeat at Yorktown, Virginia, was little more than a year away.

To see some of the nearby battle-related sites yourself, put on your walking shoes and join Durand-Hedden on Sunday, May 3 from 1:00-4:00 p.m. for a moderately paced 1-mile “history hike” (plus return). The hike will begin at the Millburn Mall on Vauxhall Road and end at Millburn Town Hall. The knowledgeable guide, local history lover Lynn Gale, will point out natural and built landmarks along Millburn Ave. At the start, Brigade of the Revolution re-enactor Mark Hurwitz, wearing an authentic reproduction of the uniform of Col. Elias Dayton of the 3rd NJ Regt, will present an overview of the Battle.

The meeting location will be the bridge over the East Branch of the Rahway River next to the Millburn Mall at the intersection of Vauxhall Road and Millburn Avenue.

On May 3 the Durand-Hedden House will be closed.  However, The Country Store will open its doors to shoppers from 12 – 5 p.m. offering historic- themed treasures: early American children’s games, books and toys, facsimile documents, quill pens and ink, historic cook books, cookie molds, tin lanterns, reproduction ceramics, hiking sticks, local honey and more. The hard-to-find original Doors of Maplewood poster and Smile, the history of Olympic Park, will also be available.

The event is free, but donations are greatly appreciated. The Durand-Hedden House is located in Grasmere Park at 523 Ridgewood Road in Maplewood. The Durand-Hedden House is an historic house museum owned by the Township of Maplewood and managed by a non-profit association of citizen trustees. Its purpose is to preserve, restore and interpret the historic Durand-Hedden House and grounds and related collections. It also aims to find interesting ways to explore our community’s fascinating past – through nature, architecture, music, food, social life, local history, reenactments and participatory activities – and to spotlight the “treasures” in our own backyards. Their aim is to make history exciting and relevant for all ages. It is dedicated to providing diverse educational exhibits and programs that foster the public’s knowledge and appreciation of the heritage and development of the Maplewood area and surrounding towns from the time of its original settlement in the late 17th century to the late 20th century.

Search All Homes What Is My Home Worth? View Our Exclusive Listings
Filed under Blog, Maplewood, Short Hills Tagged with