Home » How You Can Help Ukraine….

How You Can Help Ukraine…. 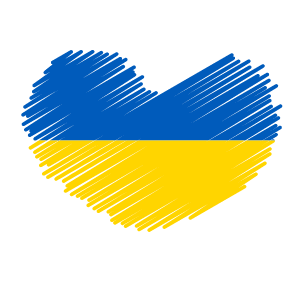 Over the last two weeks – our eyes have been glued to the scene unfolding on our tv in Ukraine. Feeling helplessness and heartbreak as their lives are torn apart. The images of homes, businesses and hospitals being bombed, innocents being killed on the street, babies being born in train stations and pets being left behind have left such an impression that we can’t stop thinking about what is taking place. As the situation continues to escalate, so does the need for help – from emergency relief on the ground, to support for those fleeing to neighboring countries. It is difficult to go about our normal lives when there is a war going on and an entire nation is under siege. We wish there was more we could do to help but here are some ways you can help the Ukrainian people.

GlobalGiving supports non-profits around the world through crowdfunding. Its Ukrainian crisis relief fund is working toward a goal of $7m to provide food, water, shelter and other assistance to refugees

Doctors Without Borders, a 50-year-old Nobel-winning organization, has teams in Ukraine as well as surrounding countries as it works to send staff and medical supplies to the hardest-hit areas. Donate here to support its efforts in Ukraine and elsewhere in the world.

Airbnb’s nonprofit is asking people, especially those residing in European nations near Ukraine to sign up to provide temporary housing for Ukrainian refugees or donate to their stays. The San Francisco-based company is also pledging to shelter up to 100,000 fleeing Ukraine.

Save the Children, a century-old organization that has worked in 100 countries, has a Ukraine crisis relief fund aimed at furnishing children and families with food, hygiene kits, funding and more.

Direct Relief is working directly with Ukraine’s Ministry of Health and other partners in the region to provide requested medical aid, from oxygen concentrators to critical care medicines – while preparing to offer longer-term medical aid to people displaced or affected by the conflict.