Madison, NJ is the “Rose City” of Northern New Jersey 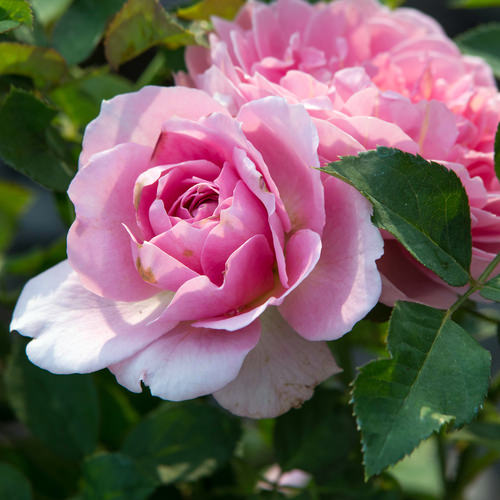 Madison, New Jersey, is a borough located in Morris County. This picturesque community has a diverse population of about 16,000 and is sometimes known by its nickname “The Rose City.”  It covers an area of 4.2 square miles and is located 25 miles from downtown Manhattan.

Madison Real Estate at a Glance

Madison is home to two universities – Drew University and Fairleigh Dickinson University – which gives the town a cultured and cosmopolitan feel.  There is an eclectic mix of home styles in Madison including colonials, center-hall homes, brick homes from the 1950s and 1960s and historic Victorians.  Homes are situated on compact lots in neighborhoods that were established prior to the 1960s.  In recent years developers have demolished older ranch and cape style homes and replaced them with high-end new construction.

Madison’s quaint downtown area is known for its charm and has been featured in several films and television shows including The World According to Garp, The Family Stone and The Sopranos.  The town has an international flavor with residents relocating here from all over the world.  It’s a place that prides itself on being family-friendly and for fostering a strong sense of community spirit.  Madison also boasts an excellent school system that consistently ranks among the top in the state.

Originally organized as part of Chatham Township after the Revolutionary War, Madison seceded in 1889 and became an independent borough.  When the railroad was introduced to the area after the Civil War, Madison’s growth increased.  A robust rose growing industry flourished in the area as the rail system connected it to the commerce markets in Manhattan.  Wealthy Manhattan families began to buy large parcels of land and establish large estates.  The local economy also attracted working-class people and as a result Madison developed a diverse population, both socioeconomically and culturally, which is still reflected in the population today.

The Madison Downtown Development Commission oversees the upkeep of the historic downtown area.  Commercial enterprise has flourished in Madison, and it is rare to find a vacant commercial space.  An office development named Giralda Farms has been constructed in town, establishing corporate headquarters and offices for:

With two universities in town and a culturally rich community, Madison has an abundance of attractions, activities, festivals, events, shopping and dining for residents and visitors to enjoy.  Some of the things to see and do in Madison include:

Madison is part of the New York Metropolitan Area and is easily accessed by several major roads including Route 24, Route 287, I-78, the New Jersey Turnpike and the Garden State Parkway.  New Jersey Transit provides commuter rail service via the Midtown Direct Line, which reaches New York Penn Station in approximately 50 minutes.  Madison is also served by the Morristown branch of the Morris and Essex Line, taking passengers to Hoboken with connections to Lower Manhattan.  Local public bus service is offered by Last MileShuttle/Madison and the Morris County Metro Bus.   Newark Liberty International Airport is 25 minutes away by car.

To learn more about Madison real estate CLICK HERE or reach out to a member of my team.  We’re yours to count on.

Search All Homes What Is My Home Worth? View Our Exclusive Listings
Filed under Blog, For Home Buyers, Madison Tagged with