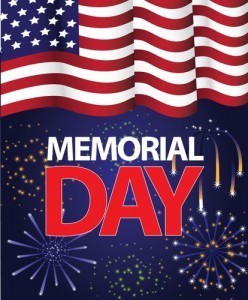 The Memorial Day is fast approaching, and the best way to celebrate is going to the Memorial Day Parade. Across the whole Northern New Jersey, there will be several parades that will take place. This year’s Livingston Memorial Day Parade will start at 9:30am with a ceremonial service at the Oval to commemorate those who have died defending the United States. At 10am after the ceremony, the parade will start on S. Livingston Avenue and will end at Congressional Way.

In the event of inclement weather the Ceremonial Service will be held at the LHS Auditorium.

All parade participants must be at the staging area at 10:00 in the morning. The family members of the deceased veterans are also invited to participate is the said parade. They are advised to carry military pictures of their deceased loved ones.

After the parade, a shore Ceremony honoring the fallen veterans on all wars will take place. Remembering and honoring their memory is the essence of the entire Memorial Day celebration. You can join this particular parade at Somers Point, or any other parade held in Northern New Jersey.

The Lone Bugler 1SG United States Army Retired Richard Pinter will be celebrating the 150th Anniversary of the military bugle called “Taps”, the most emotional piece of music ever made. Taps was composed in the year 1862 on the Civil War Battlefield. The bugle was then woven into the historical fabric of the Nation. The event starts at 11:00 in the morning.

The bugle call that is more commonly known as Taps is recognized throughout the United States, considering it as a part of the military honors played during funerals, wreath laying ceremonies, as well as memorial services. These are done for those in military services and of course, the veterans.

In July of 1862, after a bloody seven day battle at Berkeley Plantation VA, Union General Daniel Butterfield and Oliver Wilcox Norton made the bugle call. The call was used to bury about 600 fallen soldiers with battlefield honors. This was also used to signal the end of several military activities. Today, the call is considered as the last call of the day, or to signal lights out. It is still being used at the end of each military installation. Surely, it is a significant part of the whole military service.

Moreover, “Taps” has already become the signature, solemn musical farewell and somewhat the final Honor of the Nation for all members of the service and veterans who served in times of War and Peace.