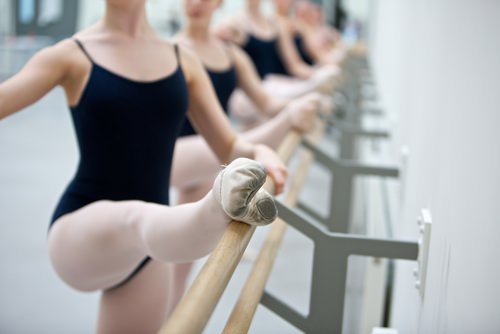 (Will be held at all locations: Livingston / Morristown / Somerville)

(Classes available in Livingston and/or Somerville)

An Intensive Level Performance will be held in the Livingston Studio Theater on Saturday, August 17, 2013.

About the New Jersey Ballet

The New Jersey Ballet is a ballet company based in Livingston, New Jersey. It was founded in 1958 by native New Jerseyan Carolyn Clark and fellow dancer, George Tomal.

At the present time, the school offers many courses and instructions ranging from age four to professional. The classes include ballet, academic ballet, pointe, jazz and tap. The school offers intensive programs for ballet, variations, partnering, character, jazz, and special workshops by audition only.

New Jersey Ballet’s Junior Company is the school’s pre-professional program for students with carrier track in dance. Students have opportunities to work with professional dancers, for example, as cast members when the Bolshoi performed at the Metropolitan Opera. Many alumni have performed with or are current dancers of American Ballet Theatre, New York City Ballet, San Francisco Ballet, The Joffrey, Alvin Ailey American Dance Theater, and other major companies.

Carolyn Clark’s mother established New Jersey School of Ballet in Orange, New Jersey, in 1953 with her mother’s friends who were dancers. Clark has been involved in her mother’s dance school operation since the beginning. She later became a professional dancer herself. After touring around the world with American Ballet Theatre and the Metropolitan Opera Ballet, she decided to create a ballet company in New Jersey of national significance. The company was finally founded in 1958 with the first performance at the Arts High School in Newark, New Jersey.

After thirteen years from the first season that consisted of two performances for a few hundred people, New Jersey Ballet started a production of The Nutcracker in 1971 at Paper Mill Playhouse in Millburn, New Jersey with world renowned dancer, Edward Villella, in the role of the Cavalier. The company has run the Nutcracker production at Paper Mill Playhouse with Paper Mill Orchestra for many consecutive years since its debut.

The company started gaining wider recognition when it started touring in Taiwan, the Soviet Union, Bermuda and Italy during the 1990s. In 2004, the company staged full-length production of Esmeralda at New Jersey Performing Arts Center. It was the first company in the United States to perform a full-length version of Esmeralda and it gained national recognition. The company also visited India’s newly opened National Centre for the Performing Arts in Mumbai in 2006 with its Nutcracker production. It was the first full-length classical ballet in India. In 2008, it traveled to Russia on a seven-city tour of mixed repertory that included Saturday Night, For Ella, Let’s Go South and Belong.

Today, the annual season consists of many performances in many venues throughout New Jersey. It also includes New Jersey Ballet Matinee for Kids and Families, which is a collection of children’s ballets of classic tales such as Cinderella, Sleeping Beauty, Tom Sawyer, Hansel & Gretel and more.

Search All HomesWhat Is My Home Worth?View Our Exclusive Listings
Filed under Blog, Livingston Tagged with