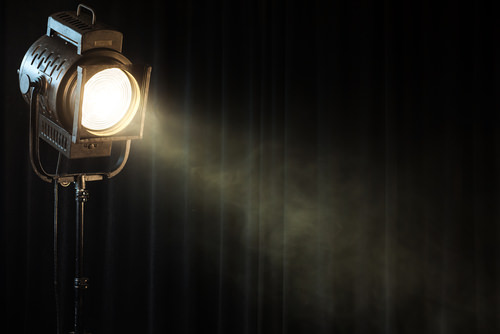 The Paper Mill Playhouse is a famous theatre situated in New Jersey, Millburn. The regional theatre can accommodate almost 1200 persons and it is located very close to the borough of Manhattan in New York City. Thanks to its strategic location, the venue attracts numerous spectators and actors from New York. Even though it’s situated half hour away from Broadway, Paper Mill can be regarded as a Broadway theatre due to its large-scale shows and location. Now, the institution received the title of State Theatre of New Jersey. The theatre also accommodates the New Jersey Ballet. Currently, the managing director of the venue is Todd Schmidt and the artistic director is Mark Hoebee.

Originally, the Paper Mill Playhouse was a mill built in the 18th century. The mill was functional for almost 20 years, until it was destroyed by a fire. It was abandoned for a couple of years, until the Diamond Mill Paper Company saw it in 1870 and used it for manufacturing paper products till the 1920s. The construction was once again abandoned and discovered by Frank Carrington, a theatre director and actor, and Antoinette Scudder, a writer and artist. They decided to open a theatre in the vacant mill. The Paper Mill Playhouse was officially established in 1934 and it hosted its first performance in 1938, on November 14. The first show was called The Kingdom of God by Gregorio Sierra. In the beginning, the venue was used mainly for staging modern and classical plays. Later on, in the 1940s the Playhouse also began to display operettas. The New Jersey Ballet was also welcomed in 1971.

The building was strongly affected by a fire in 1980 and it was completed rebuilt. In 1982, on October 30, the Paper Mill Playhouse was reopened. Since that moment, this extraordinary and unique theatre had featured great artists and names such as Anne Hathaway, Ann Miller, Liza Minnelli, Patrick Swayze, Nick Jonas, Lorna Luft and Lynn Redgrave. Over the years, the Paper Mill Playhouse became one of the most famous and acclaimed professional theatres in the United States. Every year, there are over 300,000 spectators who come to watch the amazing shows and plays it displays.

Besides being a renowned theatre, it also has a variety of educational programs. Thus, its theatre school offers classes for students of all ages. There are projects designed especially for seniors, adults, teenagers and children. Some of the classes require auditions; others are open to all people, no matter the skills. The Paper Mill Playhouse also provides several summer training programs. Lastly, the company features the Rising Star Awards, an annual ceremony similar to the Tony Awards. During this event, the managers awards the most brilliant and talented students.

The Paper Mill Playhouse can cast non-union actors. That’s why they are able to produce their shows faster and on a larger scale as compared to Broadway shows. Recently, the managers announced the program for the 2012-2013 seasons that will include plays like “The Little Mermaid”, “A Chorus Line”, “Thoroughly Modern Millie” and “Lend Me a Tenor”.