South Orange Has a Great Lifestyle for NYC Midtown Commuters 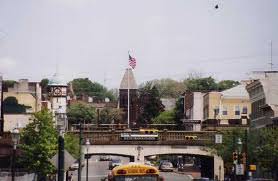 South Orange, New Jersey, is located in Essex County, is a quaint and charming town.  It lies a short distance from Manhattan and is considered part of the New York Metropolitan Area.  South Orange currently has a population of approximately 16,000.  It is a small community that sits on just 2.855 square miles.  Neighboring communities include Maplewood, Newark, West Orange, Orange and East Orange.  While popularly referred to as South Orange, the town’s full name is actually the “Township of South Orange Village.”

South Orange is a very attractive location for those who work in Manhattan but would like to live in the suburbs.  It now has direct rail service into the city, making the commute a short 30 minutes.

The town has endeavored to retain much of its historic character, and it is one of the few communities where the residential street lamps are still lit by gaslights.  In fact, it has been claimed that South Orange contains more functional gaslights than any other town in the United States.  It is also one of only four communities in New Jersey to operate under a village government structure.

South Orange features a diverse array of architectural styles.  Most of the available real estate is single-family wood frame homes, but there are also some apartment buildings, townhouses, and condominiums.  The home styles in South Orange date back to the late 19th century and are representative of those commonly found in the Mid-Atlantic states including Victorian, Tudor, Colonial, Ranch and Modern.  They also come in a range of sizes from a quaint English cottage to a palatial Mansard-roofed estate.

South Orange shares a school district with the town of Maplewood.  The district consistently earns high marks statewide for academic excellence and many students go on to prestigious universities.

Today’s South Orange began when a parcel of land was purchased from the Lenape Native Americans by Robert Treat in the late 17th century.  At that time, the area was referred to as Chestnut Hills.  By 1800, the community came to be known as South Orange, named after England’s ruler, William of Orange.

A railroad line was established in the late 1830s, and by 1847 a resort was constructed called Orange Mountain House that touted “water cures” from the land’s spring water and fresh mountain air.  The community saw more growth after the Civil War when the Montrose neighborhood was developed.  By the 1920s, the town was undergoing a transformation into a bedroom community for Newark and New York.

South Orange features a wealth of cultural attractions, recreational activities, historic points-of-interest, diverse restaurants, unique shopping destinations and seasonal events and festivals.  The town has developed over 60 acres of parkland with playing fields, a sculpture park and a sledding hill.  South Orange Village Center Alliance also worked to revitalize the downtown area, and there are many shops and eateries along the brick sidewalks and mini parks for residents to enjoy.  Some of the things to see and do in South Orange include:

South Orange is conveniently located near several major roads including Route 24, Route 280, I-78, the New Jersey Turnpike and the Garden State Parkway.  Commuter rail service is provided by New Jersey Transit which operates two railroad stations here along the Morristown Line – the South Orange station and the Mountain station.  NJ Transit also offers bus service via the Coach USA bus, the 92 route and the 107 route.  The nearest airport is Newark Liberty International Airport which is a short 20 minute drive away.

To learn more about South Orange real estate CLICK HERE or reach out to a member of my team.  We are always here to help.

Search All Homes What Is My Home Worth? View Our Exclusive Listings
Filed under Blog, For Home Buyers, South Orange Tagged with