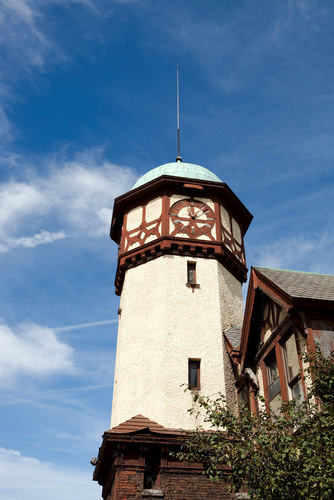 South Orange is a suburb in Essex County, New Jersey, that is big on charm and natural beauty.  With its close proximity to New York City, South Orange attracts an eclectic mix of residents who appreciate its easy access, abundant parkland, great restaurants and quaint downtown area.

South Orange has a population of about 16,000, with a large community of theatre and music professionals.  The town features homes in many styles including historic Victorian, Tudor and Colonial.  There are seven distinct historical neighborhoods, with the most notable being Montrose Park.

South Orange is part of Columbia School District, which also includes Maplewood.  The schools in the area include:

Columbia High School is the sole public high school for South Orange and Millburn, and is known as one of the most academically progressive high schools in the state of New Jersey.

Seton Hall University is also located in South Orange, with a full-time student enrollment of about 6,500.

Activities and Entertainment in South Orange

Dining and Shopping in South Orange

Sample cuisines from around the world in one of South Orange’s many wonderful restaurants, including Indian, Chinese, Japanese, French, Italian, Ethiopian, Caribbean, and American.    Some notable restaurants include:

The South Orange shopping district has been undergoing an extensive makeover since the mid 1990s.  You’ll now find brick sidewalks, beautiful landscaping, mini-parks and electrified gas lamps that’s all in keeping with South Orange’s Victorian heritage. Downtown South Orange is home to an eclectic range of shops and boutiques including:

For more information on South Orange Luxury Homes and Estates CLICK HERE or contact a member of my team.  We are yours to count on.

Search All Homes What Is My Home Worth? View Our Exclusive Listings
Filed under Blog, For Home Buyers, South Orange Tagged with