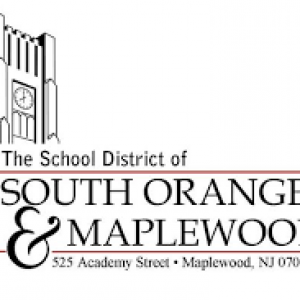 This Spring the South Orange Maplewood School District (SOMSD) is hard at work rewriting policy to further “integrate” students in response to a 2014 complaint filed by the ACLU of New Jersey with the federal Department of Education’s Office of Civil Rights. The complaint alleged that the District’s tracking and discipline practices “disproportionately confine students of color to lower-level classes and punish students of color and students with disabilities to a greater degree.” The ACLU-NJ noted that while white students made up slightly less than half of the student body in the district, 70 percent of the higher-level classes were filled by white students. Conversely, 70 percent of the lower-level classes were filled by black students.

In response to the complaint, the District is working to better integrate the elementary and middle schools by rolling out an “Intentional Integration and Innovation Initiative” for the 2020/21 school year called “SOMSD 2020”. Former Columbia High School principal and current Principal on Special Assignment Elizabeth Aaron and Dr. Edward Fergus of Temple University have been spearheading the initiative and were recently joined by Ann Bodnar, SOMSD’s new Director of Curriculum. This is not Fergus’ first time working on this type of problem. He’s worked with 73 other school districts on integration and achievement disparity issues plus has authored several reports for the U.S. Department of Justice Office of Civil Rights.

As part of the initiative, a $140 million long-range facilities plan is in the works to renovate buildings and reconfigure the school district in a mission to end the “def facto segregation”. It would potentially combine all fifth and sixth graders at Maplewood Middle School and seventh and eighth graders at South Orange Middle School.  Columbia High School would remain unchanged. In total, $127 million would be needed to build an additional 62,800 square feet of space at the schools and fund capital improvements.

While SOMSD 2020 is still under review by the District’s Board of Education, it calls for the current borders for elementary schools to be eliminated and replaced with soft borders by the fall of 2021.  Residents will have a “controlled choice”, meaning parents would list their top elementary school choices in order of preference. Children would be placed based on a combination of parental choice and the District’s need/desire to integrate.  All incoming students will have the option of listing their top 3 school preferences and younger siblings are expected to have some priority.

All changes are still pending school board approval and community feedback.

Search All Homes What Is My Home Worth? View Our Exclusive Listings
Filed under Blog, Maplewood, South Orange Tagged with