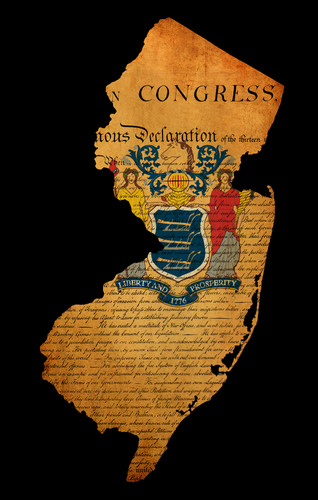 Summit, New Jersey, is an upscale city in Union County.  It has a population of about 21,000 with one of the highest per capita incomes in the state.  Summit covers an area of just over 6 miles and is bordered by Millburn to the northeast, Chatham and Chatham Township to the northwest, New Providence to the west, Berkeley Heights to the southwest, Mountainside to the south and Springfield Township to the southeast. Summit is located just 20 miles from Manhattan, and many residents of the community commute to the New York for work.

Summit Real Estate at a Glance

The city of Summit has enacted zoning ordinances that require a single family house on a large lot.  As such, there are very few apartment buildings and multi-family properties in town.  Real estate in Summit tends to be upscale, with many historic homes and estates nestled on tree-lined streets. However, more affordable housing has been constructed by Habit for Humanity and local church organizations along Morris Avenue. Summit has an excellent public school system.  It consistently ranks amongst the top districts in New Jersey with more than 90 percent of students going on to attend college.  Summit also has many top-rated private schools in close proximity.

Summit was first incorporated as a township in 1869 and in 1899 was more formally incorporated as the City of Summit.  A railroad was constructed in town which allowed easy train travel from New York. In the 19th century, Summit was the favored weekend getaway location for wealthy New Yorkers looking to escape from the city for some fresh air and solitude.  Vacationers would relax at the many hotels and inns that cropped up to meet their needs. Early industry in Summit revolved around silk weaving, and by the early 20th century residential construction had taken off.  After World War II there was a flurry of construction activity as it became more common for those working in New York to live outside the city.  From there, Summit grew as a suburban community into the tree-lined and historic city residents have come to enjoy.

Several large companies have offices or headquarters in Summit, and the city’s top employers are:

As a result of appealing real estate, excellent schools and easy public transportation to Manhattan’s Financial District, Summit has attracted many residents who work in the finance industry.  The city has become known for its resident investment bankers, traders and money managers, and nearly 20 percent of the population works in the finance and real estate industries.

Summit caters to New York City commuters and boasts several convenient transportation options.  The city is easily accessed by NJ Route 124, SR 24, and I-78.  Commuter train service is provided by New Jersey Transitvia the Gladstone Branch and the Morristown Line; direct access to Manhattan is 30 minutes.  Newark Liberty International Airport is 9 miles away.

Search All HomesWhat Is My Home Worth?View Our Exclusive Listings
Filed under Blog, For Home Buyers, Summit Tagged with