The Mall at Short Hills, NJ – A Fun Shopping Adventure! 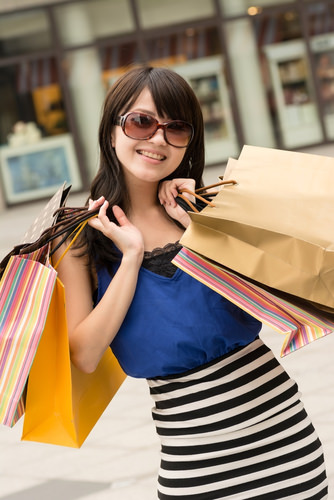 The Mall at Short Hills or the Short Hills Mall is one of the greatest shopping centers in New Jersey, Millburn. Besides being the biggest mall in Millburn, it also has an extraordinary location, just miles away from Manhattan and the Newark Liberty International Airport. The Mall at Short Hills features some of the best known brands in the United States, including Macy’s, Neiman Marcus, Bloomingdale’s, Nordstrom and Saks Fifth Avenue. Moreover, it is the only mall in America that gathers all these exclusive stores under the same roof. It features 40 more other retailers and it can be easily labeled as one of the biggest shopping centers in the state and in the country. Customers who come at The Mall at Short Hills are not only locals, but also individuals residing in Connecticut, Pennsylvania and New York City.

Short Hills was among the country’s first planned communities. It was Stewart Hartshorn’s dream to purchase 1,500 acres of land in New Jersey and just sit there to write and read books. He was a nature and poet lover and wanted to reside in a natural and tranquil setting. This happened in the 19th century. In a few decades, the suburban community evolved quite quickly and residents wanted to have a shopping center near their area. Their dream came true a couple of decades later, in 1949. During that year, America’s Prudential Insurance Company bought the land that now houses the Canoe Brook Country Club and the Mall at Short Hills. In 1956, the first store was opened. It measured 130,000 sq ft and it later added 50,000 sq ft more. The market demand was huge and soon the store expanded. In the 60s, the shopping center was developed. It featured brands like Brentano’s, Pottery Barn and FAO Schwarz and it was an open-air center.

The most important moment in the history of the Mall at Short Hills is when Bloomingdale’s decided to open the largest store in America on site. In 1967, the retailer rented a space measuring 243,000 square feet and filled it with decorative accessories and furniture. It also featured smaller shops like a men’s store, Au Gourmet, Delicacies Shop and Young World. Since that crucial moment, the Short Hill Malls started evolving at a rapid pace. Now, it is an unparalleled specialty and department store offering a wide range of products and services. It’s no wonder that it is the most preeminent shopping center in the region.