Home » The Smile That Made All the Difference

The Smile That Made All the Difference 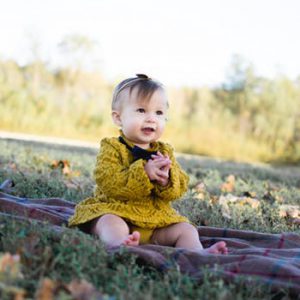 People move to Northern New Jersey for different reasons.  For young couples that live in New York City, it may be the need for more living space or the affordability versus Manhattan. If you work in New York City, perhaps it’s the easy commute on the Midtown Direct train. Maybe it’s the schools. Whatever the reason, the Sue Adler Team has had the pleasure of helping thousands in our area find their perfect house.

We recently sold a house to a couple that moved from Jersey City to the South Mountain area of Millburn. The husband and wife were kind enough to let us share their experience and insights with our readers. The couple’s back story is typical for many young families. Their daughter was born two years ago. Following her birth, the family resided in the same apartment. It didn’t take long before they realized that they didn’t want to raise their daughter in an apartment in Jersey City. They needed more space. They wanted a backyard for their daughter to run around in. They wanted access to better schools and to live in a close-knit community.

Trusted friends who had recently moved to Millburn suggested they take a look at the town. They also recommended the Sue Adler Team to them.

Moving to the suburbs after years of city living is a life-changing event. In cities like Jersey City or New York City, buildings often come with amenities like doormen, personal valets, pools and fitness centers. Play dates mean taking the elevator four floors and grocery stores are across the street. Everything is contained in a multi-block area, including the pediatrician and dentist. The decision can be a stressful one, but a knowledgeable and sympathetic real estate agent can help with the transition.

After making the decision to focus on Millburn and Short Hills, the couple called Sue Adler and was introduced to Amy Gotsch. During their initial conversations, the couple told Amy that they wanted to be within walking distance to a train station and to an elementary school. In addition, because each set of grandparents frequently visit but don’t drive, close proximity to a large grocery store, park, restaurants and shops would be an added bonus.

With this in mind, Amy helped to narrow the range of neighborhoods in addition to helping narrow the house types. Although it took some time, “Amy worked with us to find the perfect house.” Sometimes the couple felt like they wanted to give up, but “she (Amy) remained calm, cool, patient and was an amazing ally.” Eventually, they found the perfect house in the South Mountain neighborhood of Millburn that met almost all of their criteria.

Finding the right house in the right neighborhood was just the beginning for this couple. Over the next few weeks, the couple went back and forth with the seller during a negotiation that the husband characterized as “difficult”. Amy and the Sue Adler Team were there to help. The couple felt like giving up at times, but through it all, “Amy remained positive, proactive and helped in all facets of the transaction”.

The family moved into their new home this month. Was it worth it?

They knew it was all worth it and had made the right decision when they saw the smile on their daughters face as she rolled around the grass and ran through all of the rooms. According to the couple, “If you want to move to Millburn/Short Hills and buy a house, you have to work with the Sue Adler team.  There is no one else better.”

Let us help you and your family make the transition from city living to the suburbs. Contact us at 973-936-9129

Search All HomesWhat Is My Home Worth?View Our Exclusive Listings
Filed under Blog, Uncategorized Tagged with