Want to Be in the 1%? Move to New York or New Jersey 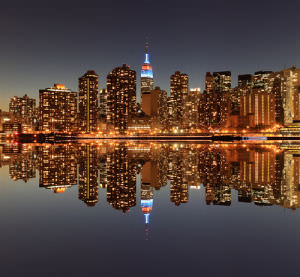 Are you working hard to achieve the American Dream?  Then your best bet for success is to move to New York or New Jersey.

Those two states – in addition to Maryland – are the best places to be if you want higher earning power.  So says a fascinating new study from the Economic Mobility Project at the Pew Center on the States, lead by Erin Currier and Diana Elliott.

This study is the first of its kind to measure economic mobility from state to state.   Researchers looked at income levels of people in each state over a 10-year period , using data collected via the Census Bureau and the Social Security Administration.  As a base they studied Americans that were between the ages of 35 – 39 at some point between 1978 and 1997.  They then looked at their incomes exactly ten years later.

An increase of 17% was the national average after adjusting for inflation, but the numbers from state to state varied widely.  In a handful of northern states including New York, incomes rose more than 20% on average during those ten years.  But in many southern states, including Alabama and South Carolina, residents saw only a 12% increase.

The study also aimed to track how well Americans rose up the ladder compared to their peers.  In other words, how likely is it that someone low on the ladder can join the ranks of more privileged Americans?  The results showed that about 30% of Americans who start at the bottom were able to climb into the next-highest percentile of wage-earners.  These are the “upwardly mobile” according to the study.

Connecticut has most upwardly mobile residents

Connecticut was on the high end of the trend, with about 40% of the state’s residents who were low-income at the beginning becoming “upwardly mobile” by the study’s end.  North and South Carolina, by contrast, only saw 26% of similar residents moving up.  They represented the lowest end of the trend.

The study also tracked the opposite – “downward mobility” – or those high-income Americans who dropped into a lower percentile of wage-earners.

When looking at all three components – increased incomes, upward mobility and downward mobility, researchers discovered that New York, New Jersey and Maryland were the highest-performing states in the country for all three aspects.

The study also discovered that the top states ranked more politically liberal, while the under-performing states were more conservative.

While the study did not specifically research why states fared as they did, previous research indicates that education, savings and assets, and the economic status of your neighborhood during childhood are all part of the equation.

Researchers also concluded that moving from one state to another is a factor for upward mobility.  Americans willing to change states saw more increase in their incomes, possibly because the bigger income was part of the incentive to move.  These types of moves did not affect a state’s overall performance however.